Hosted by Tickle (Taylor Cullity Lethlean’s subsidiary for design research , discourse, and collaboration), The Peculiar Places call for submissions and subsequent exhibition was initiated out of a “desire to shun design trends towards global conformity in public places” by asking participants to explore and document their city’s most unique and peculiar places in order to share them internationally.

The exhibition is on display at the Peculiar Places Blog where, amongst other things, you can explore Melbourne’s underground toilets and peripheral landfills, the longest straight road, the largest open-pit gold mine, a solid, carved sandstone highway on-ramp, Gunkanjima Island, Amsterdam’s program-rich canals, and perhaps our favorite (because the imagery effectively made us want to go there), Berlin’s Tempelhof Airport.

F.A.D. contributed a piece for the Peculiar Places exhibition called An Edible Fix, documenting the expanding system of food carts in Portland Oregon.  In the past decade food carts have rapidly spread throughout the city (last estimate I checked was somewhere in the range of 400).  They keep popping up all over, aided by easy to obtain permits and relatively cheap rental space available on parking lots, vacant lots and brownfields.

The placement of these semi-mobile street kitchens creates hybrid space that blurs the boundaries between public and private.  This effect is most pronounced where the carts tend to group together in symbiotic ensembles.  These ‘pods’ assume a variety of configurations, each of which responds to the specifics of the urban void it inhabits.

Food carts often abut the edge of the private lot, merging with and appropriating the adjacent public sidewalk. Or alternatively, they colonize the surface of difficult-to-develop sites, such as the example below, in which a pod of food carts have taken over the brownfield of a former gas station.  They have arranged their carts to create an enclosed space complete with shared picnic tables, shelters, and overhead lighting.  The around-the-clock improvised space has a carnival atmosphere, catering to lunch, dinner and late-night revelers. 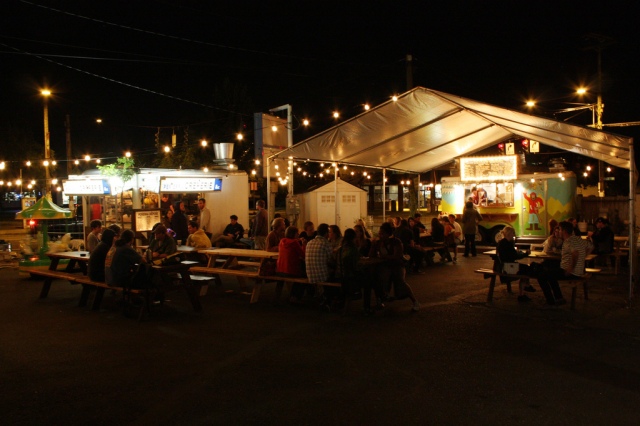 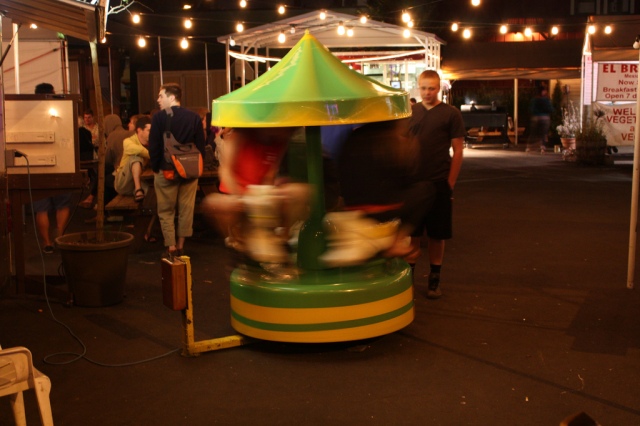 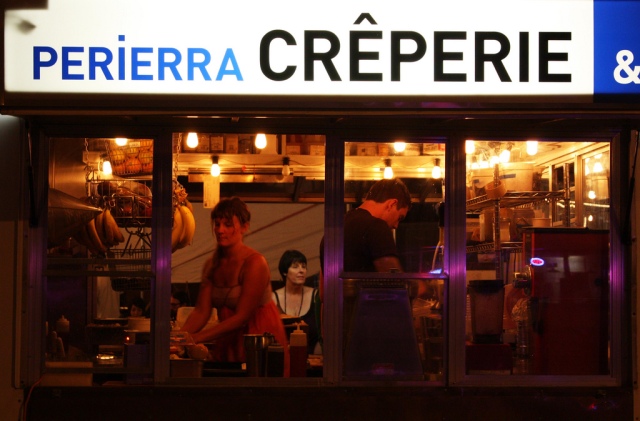 Each food cart is an urban experiment in design craft – and if it succeeds it remains.  As long as a food cart has operable wheels and a tow bar, it is considered a vehicle by the city, and thus is exempt from building and zoning codes.  This minimal requirement fosters nomadic adaptation and allows for a wide range of architectural design expression.

But most importantly food carts work by offering desirable and informal culinary experiences.  Each mobile kitchen is designed to be intentionally unique, reflecting the culture and skills of the chef and distinguishing it from its neighbors.  Within a single pod of carts one can encounter Korean BBQ, potato dumplings, Croatian pitas, crawfish jambalaya, fire-roasted pizza (yep – in a cart!), peanut butter and jelly Belgian fries, gourmet burgers, fried pot pies, vegan Frito pie, tacos, pork schnitzel sandwiches and other gastronomical adventures. 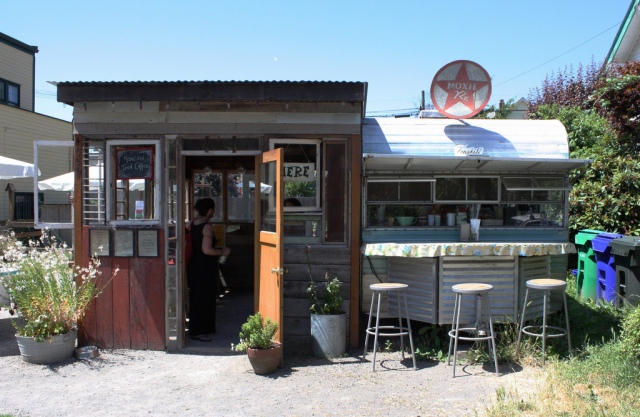