May 9, 2012 · by bmilligan · in corporate ecologies, embodied, infrastructure, Portland and Cascadia, water · 2 Comments 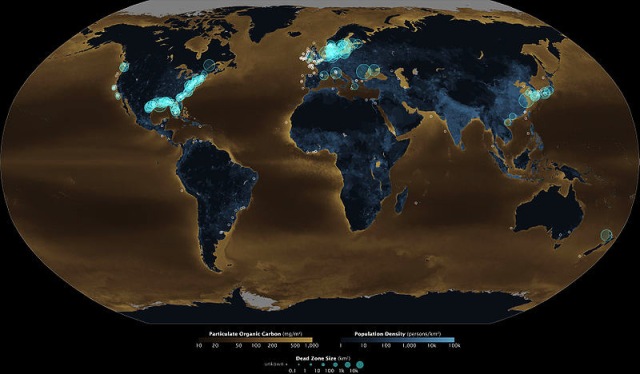 The irony of peak phosphorous is that while there is a perceived shortage, there is an excess amount of phosphorous found throughout the human-influenced environment, exactly where we don’t want it and which we mostly don’t know what to do with.  This excess phosphorous finds its way inadvertently or deliberately into streams, rivers and bays, where it has a transformative and largely detrimental effect.  Large ‘dead zones’, such the one found in the gulf of Mexico where the midwest’s industrial agriculture experiments are aggregated and expressed, speaks to the fact that peak phosphorus is in many ways more of a recollection, redistribution and reformatting design problem, rather than a true shortage challenge.

One of the biggest sources of phosphorous is rather intimate and close to home: our own bodily waste streams and their aggregation in waste water treatment plants. Herein lies a timely niche for corporate innovation and territorialization, which is currently happening in Portland, OR.  As reported in today’s Oregonian:

“HILLSBORO — A wastewater treatment plant doubling as a licensed agricultural production facility may seem disconcerting to some.  At Clean Water Services’ Rock Creek treatment plant in Hillsboro, however, the pairing of those functions is fast gaining notice around the world.  Several dozen elected officials and business leaders turned out Tuesday for the unveiling of technology developed by a Canadian company [Ostera] capable of turning waste from more than 500,000 Washington County residents into 1,200 tons of high-grade, phosphorus-rich fertilizer annually”

“The technology is based on controlled chemical precipitation in a fluidized bed reactor that recovers struvite in the form of highly pure crystalline pellets or “prills.” Nutrient-rich feed streams are mixed with magnesium chloride and, if necessary, sodium hydroxide and then fed into the Pearl reactor where minute particles or struvite “seeds” begin to form. Like a pearl, these seeds grow in diameter until they reach the desired size – 1.0 mm to 3.5 mm – which is precisely controlled by varying key parameters. In a municipal wastewater treatment plant, up to 90 per cent of the phosphorus and 40 per cent of the ammonia load is removed from sludge dewatering liquid using this process and the resulting product is marketed as a commercial fertilizer called Crystal Green®.”

Fortunately, the product is a slow release fertilizer, thereby not repeating the very process in which its intervening.  Of interest, Crystal Green is endorsed by Audubon International and Robert Kennedy Jr., who serves on Ostera’s board of directors when he is not suing waste water treatment plants for water quality infringements.   Their network of operations is bound to expand and be replicated.

(This post follows on previous entries were we’ve speculated on the design possibilities presented by peak phosphorous in landscapes that are inundated with it, such as the Florida Everglades and the Upper Klamath Basin, and whether such designs will approach those challenges through a revival of archaic means or through chemical techno-research and development such as this.)