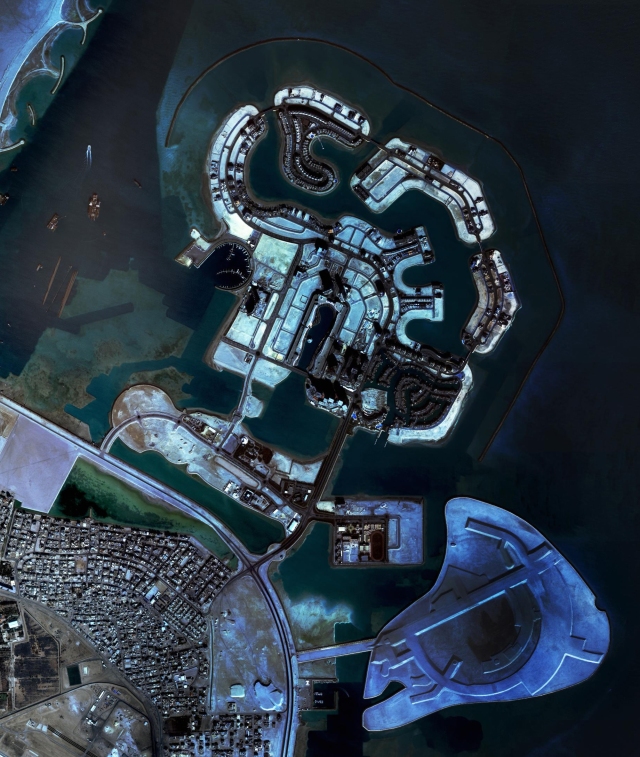 [Aerial view of Amwaj Island, Bahrain, where 2.79 million square meters have been reclaimed from the sea.  The foundation of these islands and its surrounding breakwaters are made of geotubes, sausage-like casings of geotextile fabric that have been pumped full of 12 million cubic meters of dredged ocean sediments recycled from navigation channels and marinas.  The development built upon this substrate includes high-end resort properties, five-star hotels, restaurants, recreation parks, theaters, marinas, golf courses and a neighborhood mall.]

“Making the Geologic Now announces shifts in cultural sensibilities and practices. It offers early sightings of an increasingly widespread turn toward the geologic as source of explanation, motivation, and inspiration for creative responses to material conditions of the present moment. In the spirit of a broadside, this edited collection circulates images and short essays from over 40 artists, designers, architects, scholars, and journalists who are extending our active awareness of inhabitation out to the cosmos and down to the Earth’s iron core. Their works are offered as test sites for what might become thinkable and possible if humans were to take up the geologic as our instructive co-designer—as a partner in designing thoughts, things, systems, and experiences. As a reading and viewing event, Making the Geologic Now is designed to move with its audiences while delivering signals from unfolding edges of the “geologic now.”

The launch consists of a release party at Studio-X NYC and the release of an interactive web version of the book.  You can also download a free PDF version, as well as order bound and printed copies of the richly illustrated book.  Visit the link to punctum books above for more details and for a list of the 40+ contributors.

I’m excited and thankful to be a part of this project and have contributed two essays. “Packaging Sand and Silt“, authored by the Dredge Research Collaborative, explores the Geotube – the 21st century sand bag – as a material point of entry into the ever-aggregating set of anthro-geological processes we call the dredge cycle.  As we claim, “Geotubes embody a new vernacular of engineered geology, of infrastructures for the self-aware Anthropocene. They surprise and captivate us, just as elevated freeway interchanges and massive dams captured the cultural imagination of the last century. They are a harbinger of things to come.” 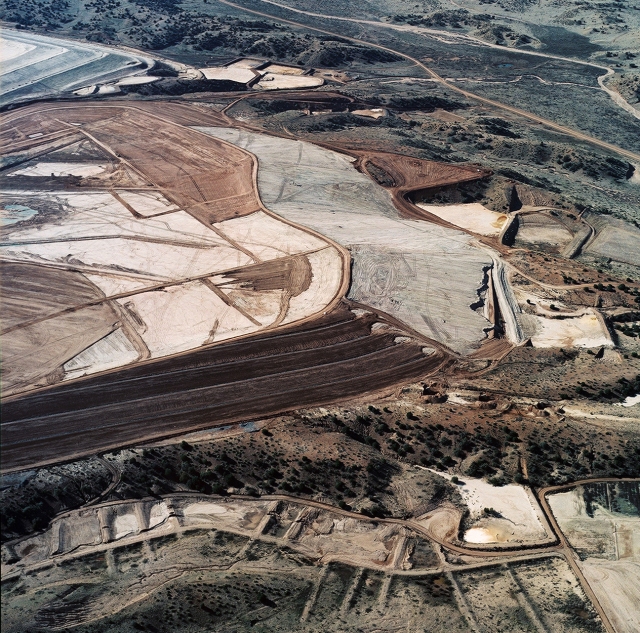 [Mine tailing reclamation at the Tyrone Copper Mine, southern New Mexico]

The second essay I’ve contributed, “Space-Time Vertigo“, is an anthro-cartographic study of the reshaping of more than five contiguous miles of the continental divide in Southern New Mexico, as engendered by the earthworks of an open-pit copper mine.  Sifting through photographs, outdated geologic surveys and in-the-field experiences, we co-encounter this overlooked landmark where a novel watershed has been detonated into the topographic seam of the continent.

“A new cultural sensibility is emerging. As we struggle to understand and meet new material realities of earth and life on earth, it becomes increasingly obvious that the geologic is not just about rocks. We now cohabit with the geologic in unprecedented ways, in teeming assemblages of exchange and interaction among geologic materials and forces and the bio, cosmo, socio, political, legal, economic, strategic, and imaginary. As a reading and viewing experience, Making the Geologic Now is designed to move through culture, sounding an alert from the unfolding edge of the “geologic turn” that is now propagating through contemporary ideas and practices.”

Looking forward to the discussions that we hope this project will generate.