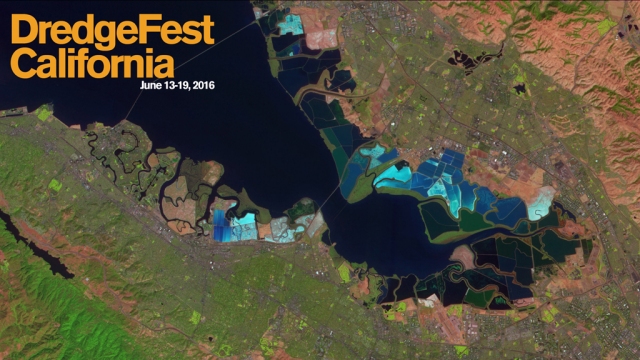 San Francisco Bay is the largest estuary on the U.S. West Coast, and the 2nd largest in the United States; combined with the contiguous Sacramento-San Joaquin Delta it covers a total surface area of ~4100 km2 and a watershed area of ~162,000 km2. It contains several economically significant harbors ($20 billion worth of cargo annually) in one of the most developed regions of the United States, with a surrounding population of over seven million people. San Francisco Bay and the adjoining Delta are among the most human-altered estuaries and hydrologic systems, respectively, in the world. Major historical changes were driven by the extensive hydraulic mining influx of sediment in the late 19th century, massive alteration of the drainages entering San Francisco Bay in the 20th century, and the enormous amounts of sediment removed throughout the San Francisco Bay Coastal System from the early part of the 20th century to the present.

Sediment is critical to the present and future health of California’s Bay-Delta. It is the physical infrastructure that underlies its many ecologies and economies. As the 2015 State of the Estuary report by The San Francisco Estuary Partnership notes, “Like freshwater, sediment is a precious resource that is essential for keeping the Estuary healthy.”

But the Bay-Delta currently has a shortfall of this land-making resource. Upriver dams have trapped sediment. Levees, bank armoring, and river straightening have cut off wetlands and floodplains while accelerating the movement of sediment, preventing it from building new substrate. The Bay’s coastal wetlands, which are critical to sea-level rise adaptation, have new sedimentary needs, potentially requiring as much as 200 million cubic yards of sediment over the next 15 years to effectively address a shortfall humans have inadvertently fostered.  In the Delta, many of its levees are now protecting subsided “islands” that are up to 20 feet below sea level, stressing the levees — and with them local communities, ecologies, and the role of the Delta as conduit for southern California’s water supply. Sediment, including dredged material, is one of the primary materials available to meet these current and future challenges.

The nature of the Bay-Delta’s emerging sediment shortfall is just beginning to be discussed, contested, and grappled with. Its realization will affect policy, dredging operations and priorities of future investments and research. Its implications extend across economic, ecological, cultural and political domains. But the Bay-Delta is not alone in this situation and the challenges it presents. Sediment deficit in deltas and estuaries around the world, due to human influences, has been observed as an empirical phenomenon by scientists and geographers. Yet we are challenged in understanding the scope and magnitude of this shortfall. Is it a shortfall, which entails a deficit of some previous expected amount? Or more of an early sign of a very new Bay-Delta that is soon to be, regardless of what we do? There is no clear historic baseline around which to station our efforts, as the Bay Delta is too radically altered for such a comparison to be effective or realized. Moreover, determining future needs is complicated by how little we know, with certainty, of how accelerated climate change and sea level rise is going to physically manifest — and at what rate. As an example, over recent months some sea level rise predictions for the S.F. Bay nearly doubled, due to the published findings of new models.

‘The Sears Point Restoration Project on San Pablo Bay in Sonoma County aims to restore 1,000 acres of ranchland near Highway 37 back into a tidal marsh. Man-made marsh mounds can be seen peeking through the surface to enable vegetation to take hold.’  This isone of the sites on the DredgeFest Bay Tour.  Source

The intent of DredgeFest California is to foreground sediment and earthworks as essential infrastructure in determining what the future of the Bay-Delta will be like. They are critical factors in coastal and deltaic resilience. Recognizing the importance of mud, sand and silt, we seek to better understand the qualities and parameters of its potential shortfall in the Bay-Delta, and accordingly, examine how we might act, as well as identify key questions to ask and pursue going forward.

DredgeFest California will consist of two components: interdisciplinary design workshops, held from June 13th – 17th at UC Berkeley, and a pair of bus tours.  Registration for the workshops is now closed, but if you are in the bay area and wish to see what the workshops have produced, there will be an open reception and exhibition on June 17th, starting at 7pm in the Wurster Gallery in Wurster Hall at UC Berkeley.  If you are interested in the tours, we still have a few seats remaining for the Delta Tour on June 19th